Clubhouse – the new kid on the block 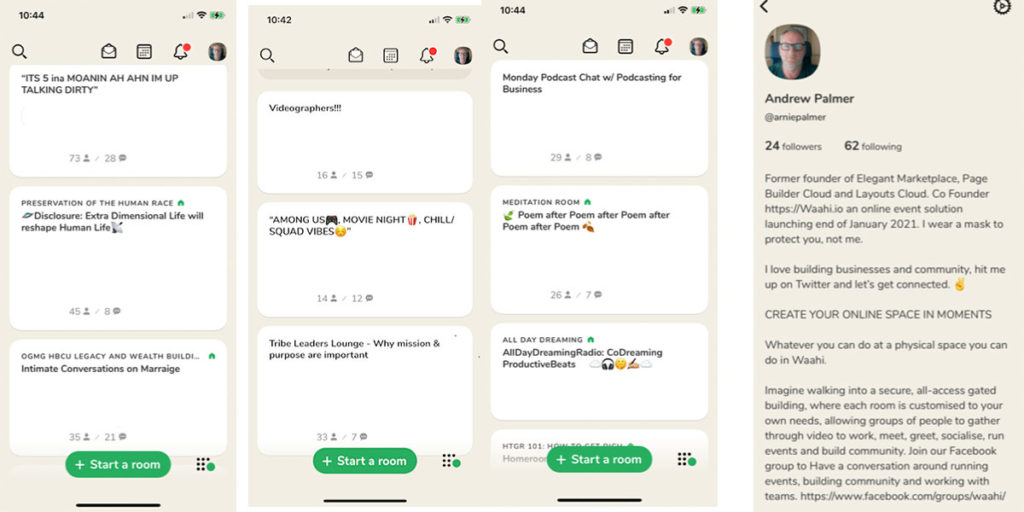 For a good few years now, we have had the ‘Benefit’ of Social Media. I put it inverted comma’s around Benefit for a good reason. In recent times, we have seen anger, attrition, even some say sedition being openly encouraged on Facebook, Twitter, and Parler.

Social media has not lived up to its name of being social. It has in my opinion, pretty much lost its way through bad actors being able to ‘play’ the systems in place and has encouraged trolling, bad mouthing and the spread of untruths. Indeed, I was a victim of many untruths when I was running a large Facebook group a few years back – to the extent that another Facebook group was set up to specifically target my own group and me on both a business and personal level so, I know how quickly and how badly, social media can affect a person and a business. Psst… I wasn’t that badly affected

I was told about Clubhouse by a person I love and respect in our digital world and encouraged to sign up – unfortunately, being an Android user, it was unattainable to me. But, the encouragement was so strong, I decided to upgrade my cell package and order an iPhone 12 so I could get in on the Clubhouse Vibe.

In at the Deep end

I got totally into it and saw some familiar faces, followed them and dived straight into a few groups, rooms and discussions.

I was euphoric, it was a place where there are no cameras, just a profile pic and a bio and man, there were some really interesting topics.

You can listen in and if you want to speak you can raise your hand and the moderator of the room will let you on stage so you can speak – sometimes.

If you are not let on stage, you can still get valuable info just by listening as if it was a podcast. There are groups, clubs and rooms on just about anything you can think of and some.

What struck me over the 3 days of not sleeping and continuously charging my phone and headphones (I have two sets of headphones) was that the get rich quick guys and girls are already on there, talking abut making $175 million in 2020 from online events for their customers, getting over a Million bucks from just one event and making so much money they don’t know what to do with it.

Affirmation of people who are suffering from imposter syndrome (it’s a real thing right?) and lots of you go gurrl and oh man, you got this.

Eventually I kind of got sick of the rhetoric, I was bored by the affirmation, the encouragement and the overall sense that the only people running the rooms that I was going into were in it for themselves and not really considering the effects of encouraging people to get out there and persuading people to sign up to a training course for $6,000 on how to launch a course to get $10,000 bucks – so, I left those rooms and explored a few others.

I got into a music for Clubhouse group, so interesting that people are trying to hack the system to produce radio shows and build communities around that. I listened in on the Clubhouse Hallway where the founders reiterated that the service was for users and Moderators would never be identified as to who they removed or blocked from a group. The newer, stricter rules on engagement and a live Q& A – kind of. All in all, the founders seem to want to provide something better than Facebook, Twitter et al. The thing about Clubhouse is that it’s all live and it all disappears after broadcast – now, that is a GOOD thing.

No archive, no record of what you say, nothing, so, in theory, no retribution and no payback either.

I love that you can make a room about anything, I love the fact that it is accessible to all – Minority groups are really well represented and you can do book readings, poems, meditation rooms and all on your iPhone.

Some groups and rooms announce that the session is being recorded, but its an offline recording and the Mods in that room obviously have a reason to want to be able to record the session maybe for future use in blog posts and even on a podcast. I don’t like this aspect because I love the fact that Clubhouse is live, instant and disappears, its an experience that is missing in other Social Mediums and the ability to record an ‘event’ on Clubhouse should be discouraged.

When people cannot be seen (on video) they tend to share more, this sharing is great but, would you really want your comments on relationships, either business or pleasure recorded for ever more – not because what you say is malicious or ill intended but because it may be ‘in the moment’ you may make a mis-step and not have an opportunity to clarify due to another speaker being allowed on stage before you have finished your point – you get me?

All in all we do need a better way to build a tribe, build trust and get along with each other, whatever our affiliations be they political or otherwise.

The current social scene is rife with ‘I know better than you’ People who don’t read past the click bait title and react appallingly and frankly, people who really do need to ‘lighten up’. Of course, there are some great groups out there with some fantastic learning opportunities and well informed moderators and commenters.

I am hoping that Clubhouse and the upcoming (in beta) Spaces from Twitter will help people understand the value of people and not just constantly sell to the dream of get quick riches and mind blowingly obvious click bait.

What do  you think? is this the way to go on social or would you like to continue building your own tribe on Facebook or as I think should be done on something like waahi.io where you get to choose your audience and they get to choose to pay you – or not. Let me know in the comments or get in touch via Twitter on @arniepalmer  (Disclaimer, I am co founder with the awesome Vito Peleg) 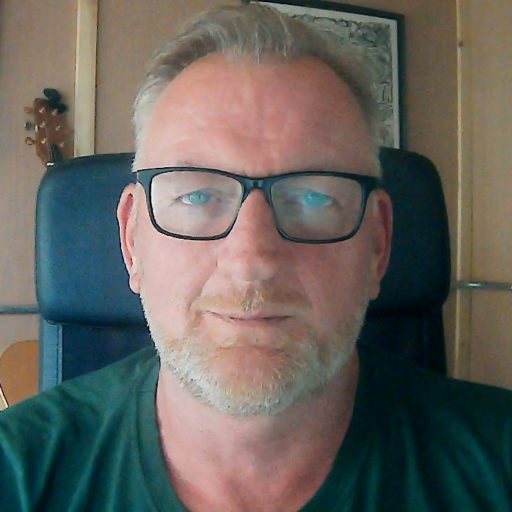 Let’s have a one on one